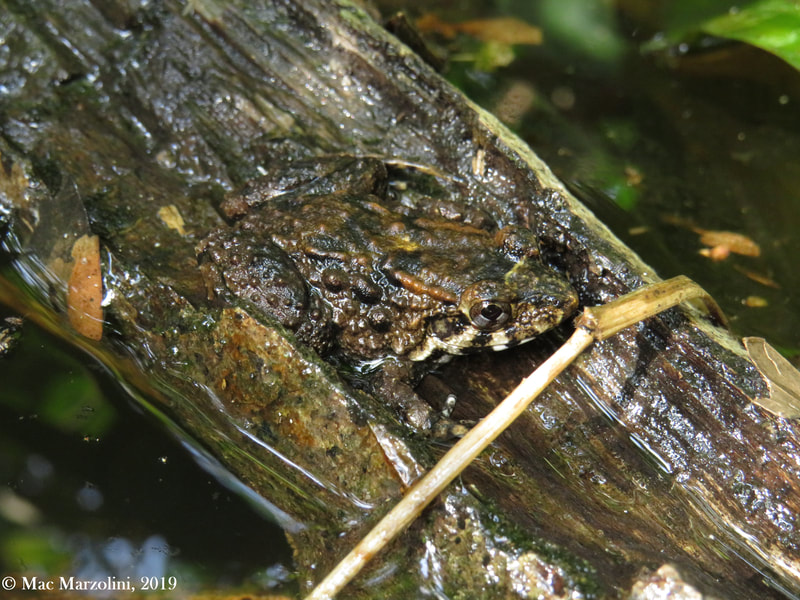 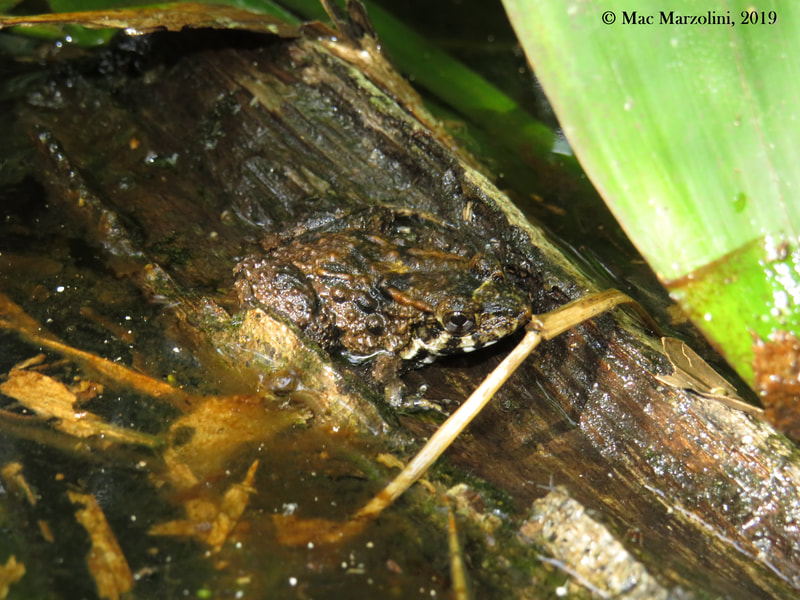 Natural History:
Originally considered a species of Jungle Frog in the genus Leptodactylus, the Cocha Chirping Frog has been moved to its own genus although is still considered to be closely related to Jungle Frogs as it is in the subfamily; Leptodactylinae.
This species of frog can be found throughout the Amazon basin with individuals being observed in Ecuador, Peru and Colombia. Their range stretches south from there into Bolivia and north east into much of Brazil along with French Guiana, Suriname, Guyana and some of Venezuela. Within this range, the Cocha Chirping Frog can be found in lowland forests along with grasslands.
Because the Cocha Chirping Frog inhabits such a large area with many geographically dependent morphological differences, it is considered to be a complex species made up of at least four separate as of yet unidentified species.
Reproduction takes place on land where the eggs are laid in foam nests on the forest floor. Tadpoles hatch out of the eggs and live among the foam. The foam protects the tadpoles from desiccation along with predation and disease. During this time, the tadpoles are endotrophic meaning they get their nourishment from parental sources such as a yolk. Rainfall triggers further development into terrestrial juveniles where they are no longer dependent on their parents or the foam nest.
This species is threatened by habitat loss caused by deforestation. The soil in the Amazon is rich with nutrients which have accumulated from thousands of years of organic decay. This nutrient rich soil is optimal for agriculture but to get at the soil, much of the plant matter is subsequently burned. This can cause large amounts of habitat loss for a variety of species, not just the Cocha Chirping frog. When the soil is used, instead of returning nutrients to the soil through agroagriculture, crop rotations or many of the strategies implemented in North America, more rainforest is burned, shrinking what remains of pristine habitat.
Powered by