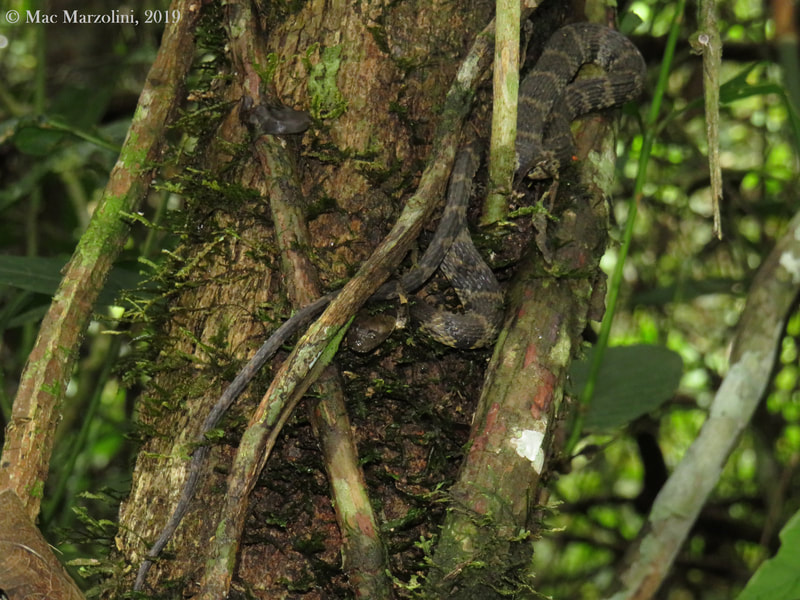 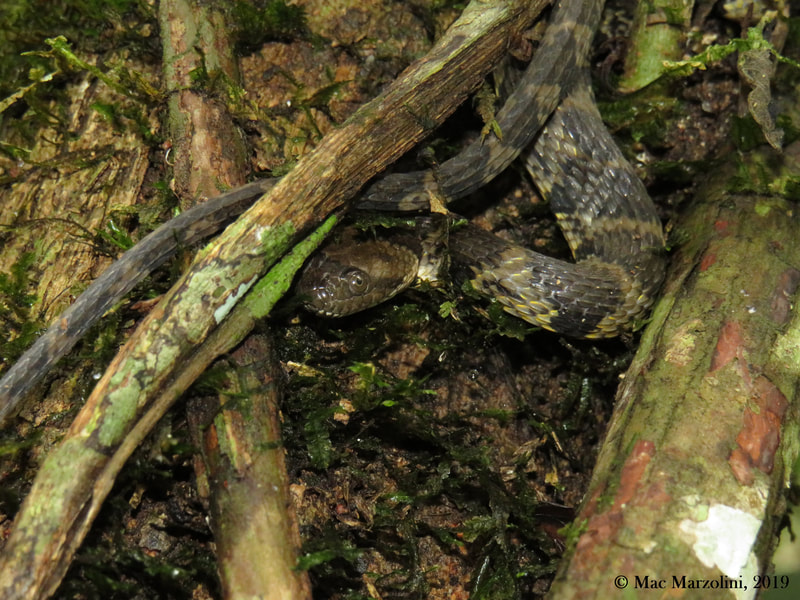 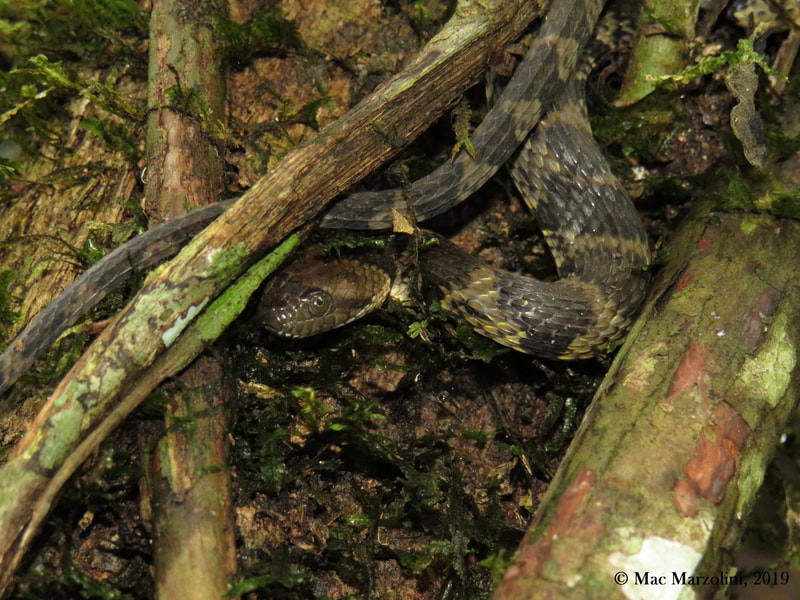 Natural and Cultural History:
The Banded South American Water Snake is also called Yacu Jergon in the Indigenous Quechua language of northern Peru. The word; Yacu means water while Jergon refers to the Lancehead Viper which has a similar colouration and triangular pattern. The Yacu Jergon's translated name of "viper of the water" refers to how the Yacu Jergeon mimics the Lancehead Viper in order to avoid becoming prey to larger animals. (Eliu Guevara Linares, 2019)
While they are not nearly as venomous as the vipers they mimic, the Yacu Jergon does have a mild venom that can cause minor swelling and tenderness in the bitten area. Allergic reactions may result in more detrimental symptoms, these symptoms are caused by the protein; Helicopsin unique to the genus. While the venom does not have any lasting effects on humans it is primarily used to hunt prey. On mice the venom is able to paralyze the respiratory system causing death by suffocation within eight minutes of the bite. Yacu Jergon typically prey on fish but will also prey on amphibians and eels.

Anaecdotal:
When we visited the Peruvian Amazon it was the wet season and in the lowlands had become flooded creating a forested sea. Along with our guide, we paddles between the trees when our guide pointed out the small snake curled up around the trunk of a tree.
Powered by