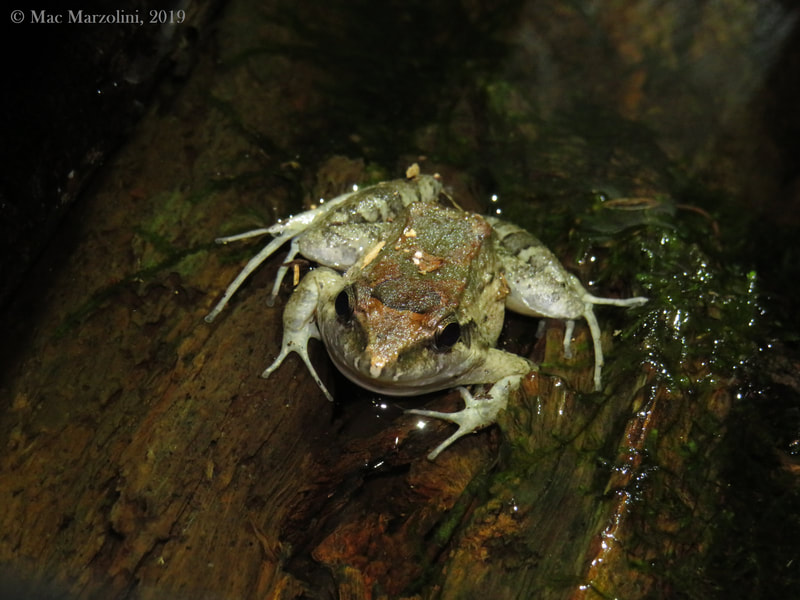 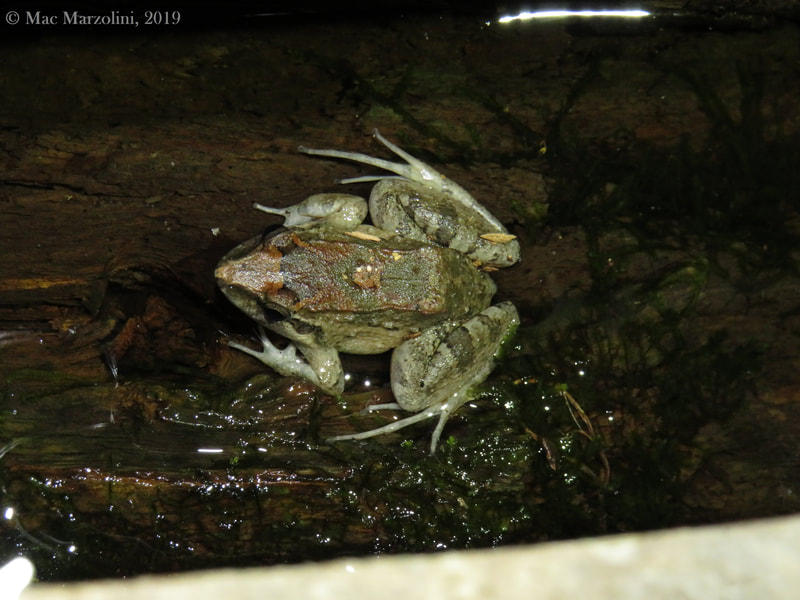 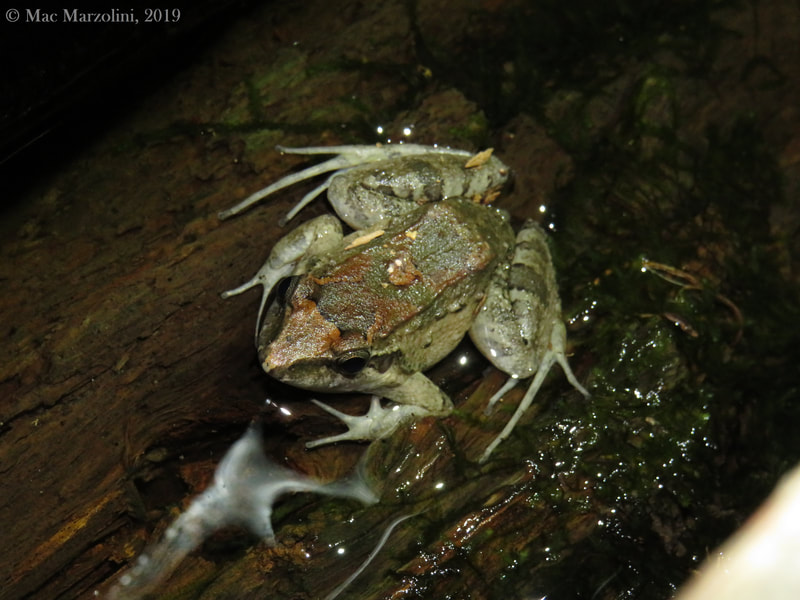 Natural History:
The Peter's Jungle Frog is very similar to the Dwarf Jungle Frog (Leptodactylus wagneri) in both appearance and behavior. They resemble each other so much so that they were once considered to be the same species in a complex. In 1995 the Peter's Jungle Frog was removed from that complex and was given its own scientific name.
This species can be best identified from other members of the complex by the incomplete dorsal folds along with indistinct lip bars.
Like the Dwarf Jungle Frog, the Peter's Jungle Frog can be found throughout much of Peru and Ecuador with populations in southern Colombia and western Brazil. They inhabit secondary and primary forests along with fields but always in close proximity to water. Their similar appearence to the "true frogs" in the genera; Rana and Lithobates are due to convergent evolution where two unrelated species adapt similar characteristics due to living in a similar environment and occupying a similar niche. Because "true frogs" had yet to colonize South America, a group closer related to toads and treefrogs filled the otherwise open niche to take advantage of the food sources.
The Peter's Jungle Frog also breeds in foam nests in standing water. The foam acts so that the eggs and tadpoles do not dry up in the heat.
Powered by