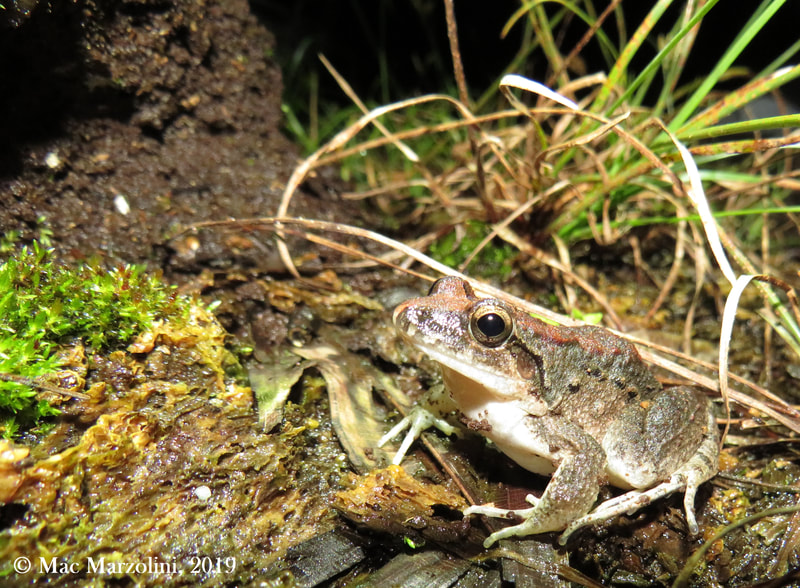 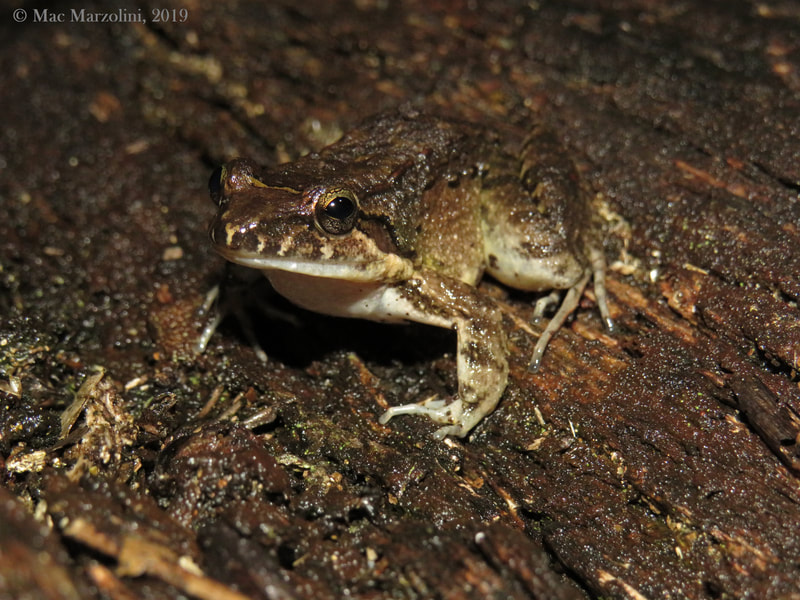 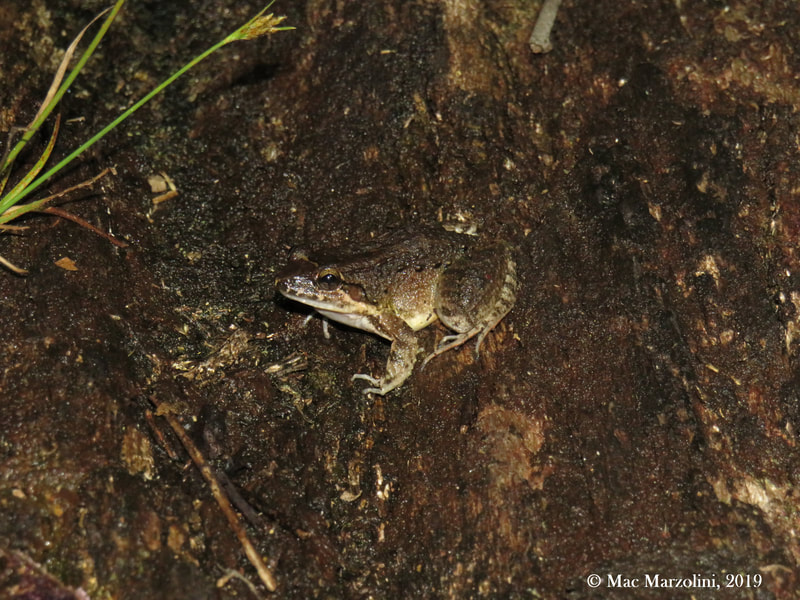 Natural History:
the Dwarf Jungle Frog, also called the Wagner's Thin-Toed Frog and the Wagner's White-Lipped Frog, is a species of Jungle Frog found in the Western region of the Amazon rainforest. They range from Brazil into much of Ecuador and Peru with populations in Southern Colombia. Because in South America, "true frogs" in the genera Rana and Lithobates have not colonized the area as they have in much of the world the niches were left open, only to be filled by the Leptodactylus frogs. These frogs are more closely related to true toads and treefrogs although resemble the "true frogs" found throughout the rest of the world as they evolved to a similar niche, an example of convergent evolution.
Because they fill a similar niche to "true frogs", Dwarf Jungle Frogs can often be found close to water and will occupy a wide variety of habitats so long as it is in close proximity to a large permanent body of water. These habitats can include, primary and secondary forests, swamps, streams, flooded forests and lakes.
For a time, the Dwarf Jungle Frog was considered to be a complex made up of several similar looking species. It was not until 1994 when the different species were identified with their own unique names. Of these frogs was also the Peter's Jungle Frog (Leptodactylus petersii). the Dwarf Jungle Frog, however can be best identified by the long dorsal ridges that extend from the head down towards the groin area. Individuals have also been observed with broken ridges. The bars on the upper lip are often well defined.
Dwarf Jungle Frogs lay their eggs in foam nests often in standing water, the foam acts to keep the eggs moist even if the water were to dry up.