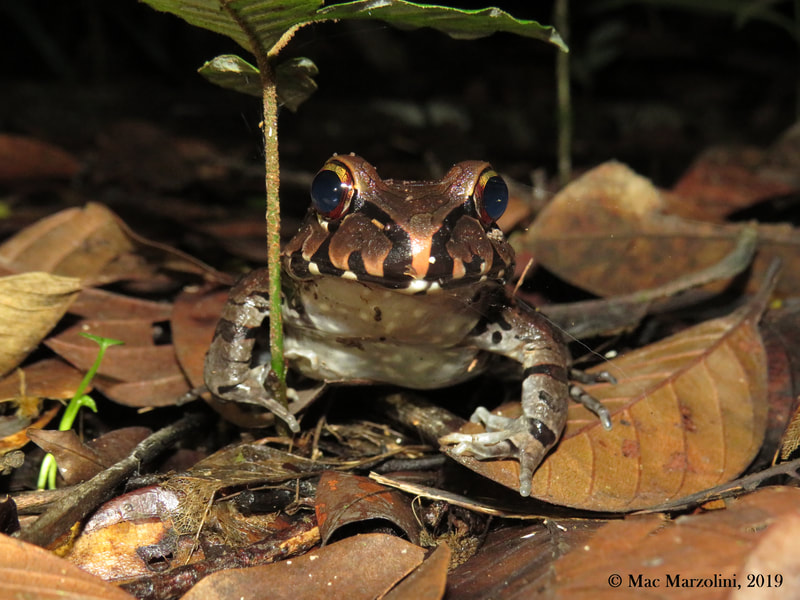 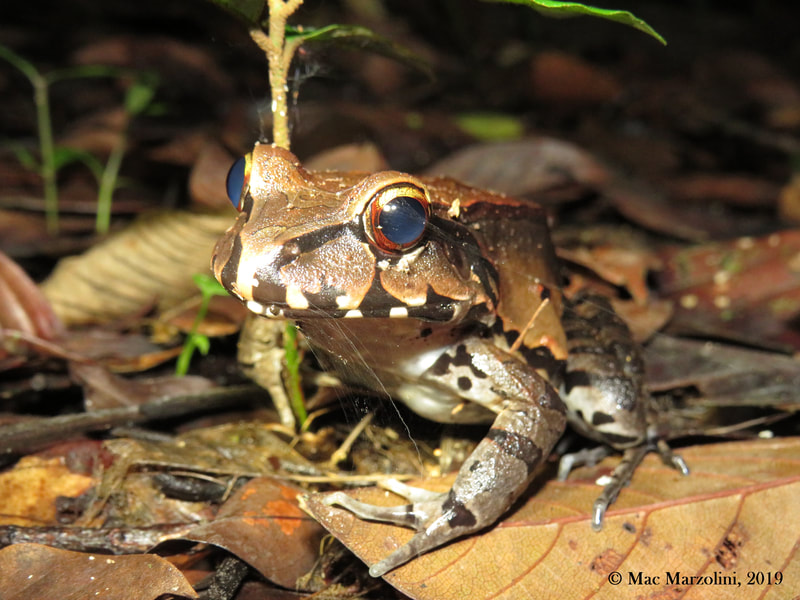 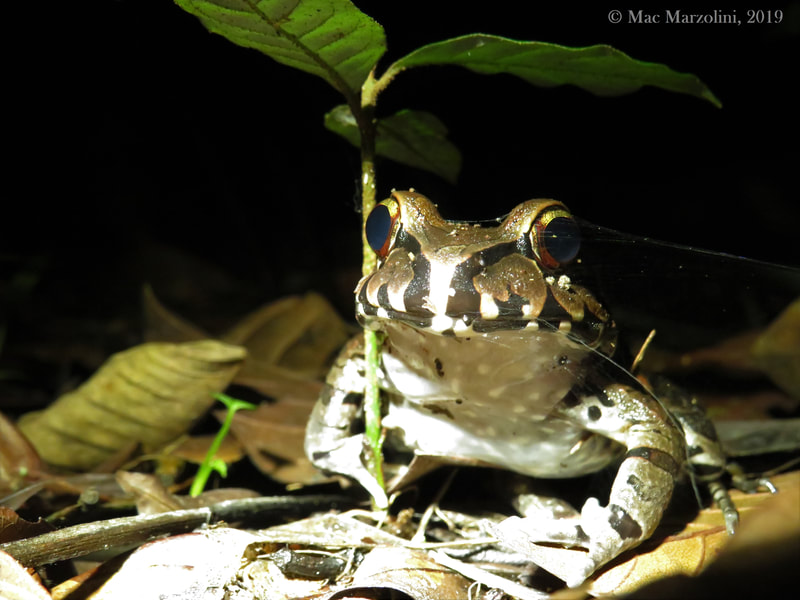 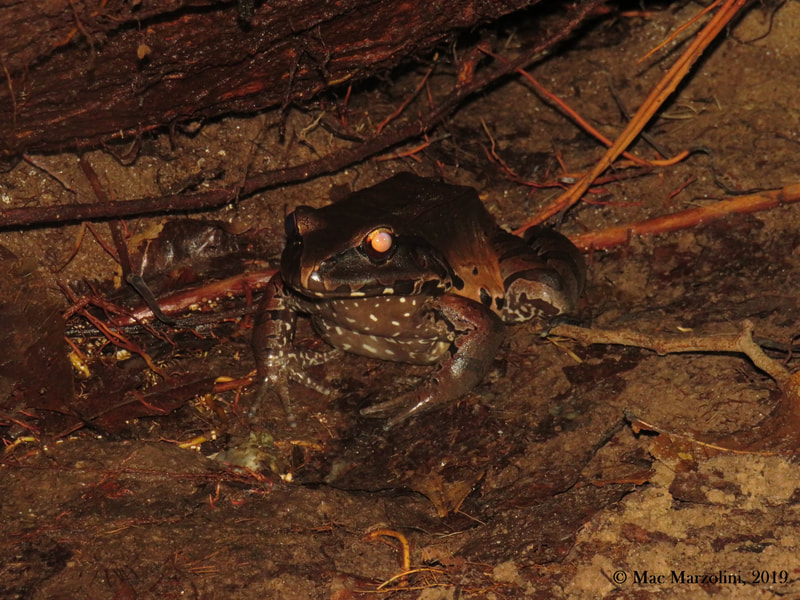 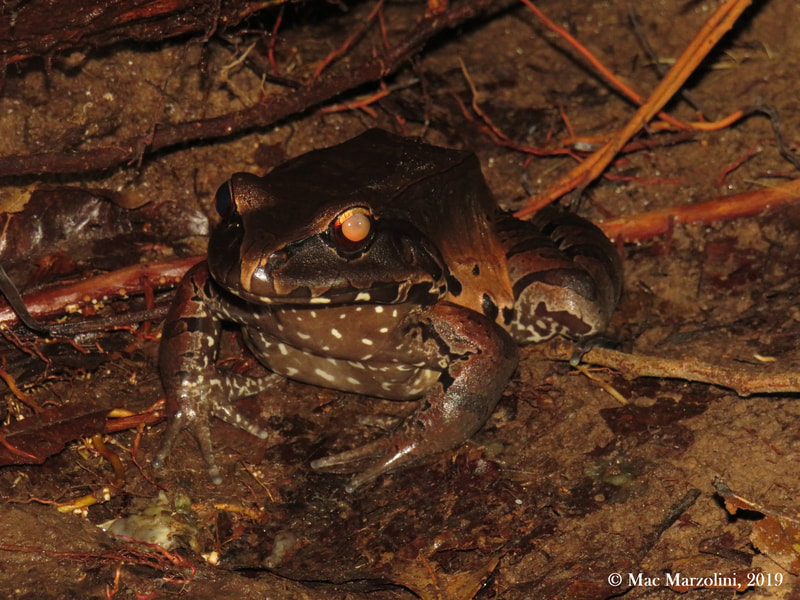 Natural History:
Often called the South American Bullfrog, the Smoky Jungle Frog is a large species of frog that inhabits the South American Amazon from Peru, northern Bolivia and Ecuador, eastwards to the coast of Brazil and French Guinea. Despite their similar appearance to the American Bullfrog (Lithobates catesbeiana) the Smoky Jungle Frog is not closely related and is instead more closely related to treefrogs and toads. The similar appearance to true frogs in the genus; Rana and Lithobates is due to convergent evolution where the two groups of frogs evolved similar physiology due to living in similar environments and/or niches.
​Being so large, Smoky Jungle Frogs will feed on whatever they can catch including small mammals such as rodents and bats, snakes, lizards, small birds and even other frogs. Tadpoles feed on a variety of food items including plant matter and smaller animals such as invertebrates and even smaller tadpoles.
​During the day, these frogs are often hiding in burrows or wetlands, smaller frogs will hide in leaf litter where they are safe from predators. Other than hiding the Smoky Jungle Frog has other predator deterrents such as a loud cat-like call produced if captured, this alerts other frogs in the area that there is a predator. Another defensive behavior is to puff up full of air to appear larger and more threatening. If this fails the frog also produces toxins in its mucus that can cause irritation to skin.
​While the Smoky Jungle Frog produces toxins in its skin, they also possess a number of chemicals such as Pentadactylin and fallaxin which have shown to inhibit the growth of several species of bacteria including perhaps the notable; Escherichia coli. Because of these chemicals, the Smoky Jungle Frog is being studied to look for new antibiotics and medical advances.
​During the breeding season, the male Smoky Jungle Frog can be found calling along the edge of a river or other large body of water. Eggs are laid in "nests" in partly flooded depressions along the side of larger bodies of water. Once the eggs hatch they are able to swim out of the nest once the water levels rise. This method of laying eggs in a nest allows for more young to grow up to be adults as it stops any fish that would otherwise predate the eggs. Once out of the nest, young Smoky Jungle Frogs are left to fend for themselves.
Powered by